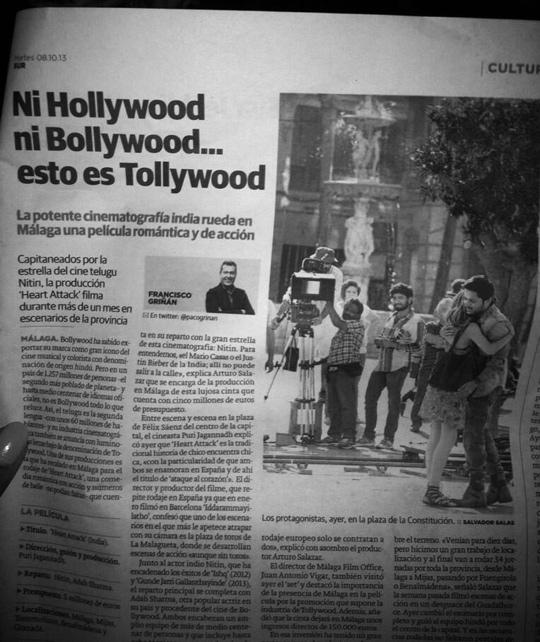 After Bangkok, director Puri Jagannath seems to have fallen in love with Spain. His last film ‘Iddarammayilatho’ was mostly shot in Spain and now a major schedule of his latest film ‘Heart Attack’ is going on in Spain. Nithiin is the hero of this movie.

In recent times, many big budget Telugu films have been shot in Spain including ‘Atharintiki Daaredhi’ and ‘Ramayya Vasthavayya’. This seems to have caught the attention of Spanish media personnel, who have now become curious about the film shoots going on in their place.

Recently, some Spanish newspapers and websites have interviewed Puri Jagan and Nithiin on the sets of their film. The photos were shared by Nithiin’s stylist and designer Neeraja Kona. Puri Jagannath is producing and directing this film while Adah Sharma is marking her debut in Tollywood as an actress with this movie. Anoop Rubens is scoring the music for this film.