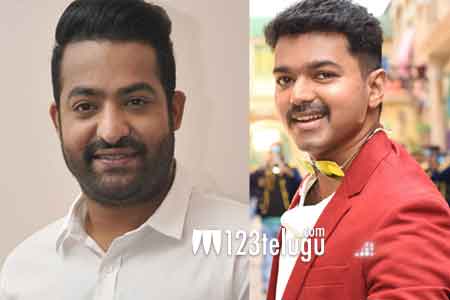 It is well known that noted producer Dil Raju is releasing Tamil star Ilayathalapathy Vijay’s Theri in Telugu. The film’s Telugu version has been titled Policeodu and it will release along with the Tamil version on the 14th of April. The Telugu version’s audio album, composed by GV Prakash Kumar, will be launched on April 6th in Hyderabad.

For the last couple of days, there has been a nonstop buzz that Young Tiger NTR will be gracing Policeodu’s audio launch event as the chief guest. Even though the makers have not confirmed the news yet, fans are eagerly awaiting to see both these sensational mass stars on the same stage.

Policeodu is directed by Atlee, who earlier helmed Raja Rani. The film has Samantha and Amy Jackson as the female leads.