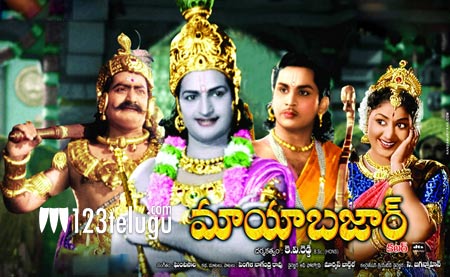 KV Reddy’s Mayabazaar is one of the greatest films of all time and it was a game changer for Telugu cinema back when it released in 1957. Not only did the film bring together the greatest actors ever like NTR, ANR, Savitri, SV Ranga Rao etc, but also, the film is a textbook for many filmmakers in terms of its direction, screenplay, acting, cinematography, dialogues, and visual effects.

To celebrate the film’s diamond jubilee, the film fraternity is planning to organise a special event according to latest media reports. On this occasion, personalities like K. Viswanath, Thanikella Bharani, Sirivennela Seetharama Sastry, Sobha Naidu and Madhavapeddi Suresh among several others will speak about the film and cover topics like direction, screenplay, lyrics, dialogues and other technical stuff.

Among the special invitees, the film’s producer B. Nagi Reddy’s son, B. Venkatram Reddy and his wife are also expected to attend the event as chief guests. The exact date of the event and other details are going to be announced soon.