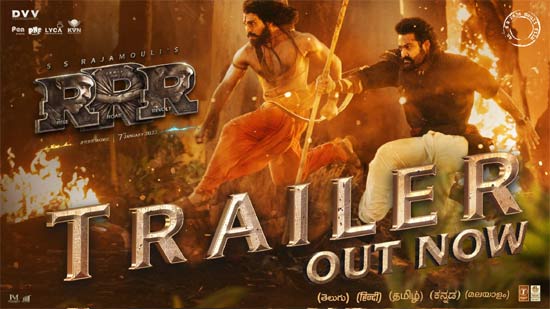 The recently released theatrical trailer for the highly-anticipated pan-India patriotic drama, RRR, is enthralling fans and movie lovers across the country. But, going by the video below, the trailer seems have thoroughly impressed even the film’s heroes, Tarak and Charan.

Team RRR’s Twitter handle tweeted a special video this evening in which NTR and Ram Charan were left speechless after watching RRR’s trailer along with the film’s director Rajamouli, his family and the film’s core team. Tarak and Charan were clearly at loss of words after witnessing the grand vintage backdrop Rajamouli had created and also the goosebumps inducing moments the trailer had offered.

Their reaction is priceless… 🤩