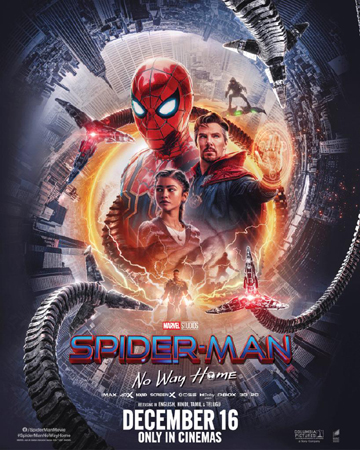 Marvel’s upcoming movie, ‘Spider-Man: No Way Home’ featuring Tom Holland and Zendaya, is releasing in India on December 16, a day before its worldwide release.

The hype around the movie is at an all-time high and to make it reach more audiences, Sony Pictures Entertainment India has planned to release the movie in English, Telugu, Hindi, and Tamil.

The recently released trailers have raised the bar high and the audiences are eagerly waiting to experience the visual extravaganza on big screens.