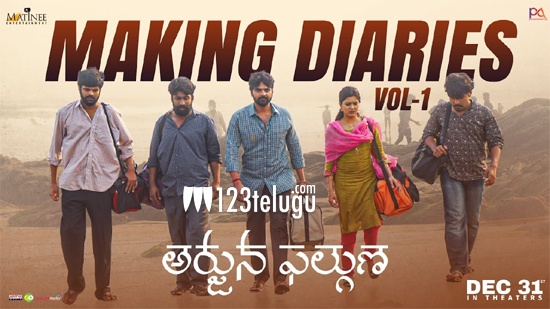 Tollywood movie, Arjuna Phalguna featuring Sree Vishnu and Amritha Aiyer as the lead pair, is all set to release on December 31, 2021.

Ahead of the release, the makers have planned to release the video bytes of the film’s making. As a part of that, a making video has been released today.

In the video, actor Sree Vishnu has revealed that the film is based on a real story that happened in Godavari districts.

Directed by Teja Marni, the romantic thriller is all about what Arjun did to solve one of his friends’ problems.