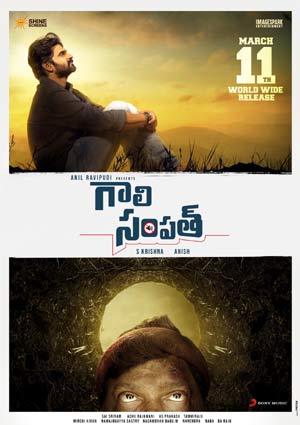 Hero Sree Vishnu will next be seen in a comedy drama, titled Gaali Sampath. The film also features veteran character artiste Rajendra Prasad in a lead role. Star director Anil Ravipudi has penned the screenplay and is also presenting the film apart from presenting it. And Gaali Sampath has already sealed its release date.

Sree Vishnu took to Twitter and announced that the film will be releasing on March 11, on the Maha Sivarathri festive occasion. Anish Krishna is directing the movie, while Harish Peddi and Sahu Garapati are jointly bankrolling the film in association with S Krishna. Young composer Achu Rajamani is the music composer.