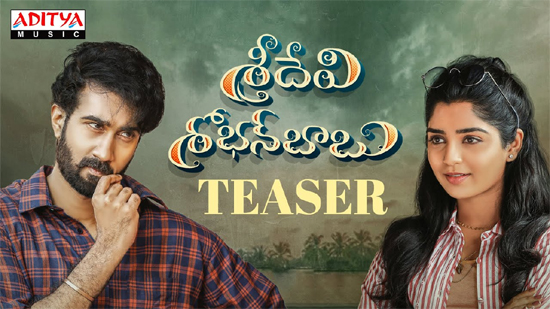 Santosh Shoban is doing some interesting projects in his career and one of them is Sridevi Shoban Babu. The makers have released the teaser today and it has gone viral.

The film is set in a small town and showcases Sanotosh as a boy next door. 96 fame Gowri Kishan plays the female lead in this film and she is showcased as a tomboy.

Produced by Sushmita Konidela, the teaser looks colorful and has a pleasing BGM. Naga Babu and Rohini are also shown in the promo. The film is written and directed by: Prasanth Kumar Dimmala and will be out soon.