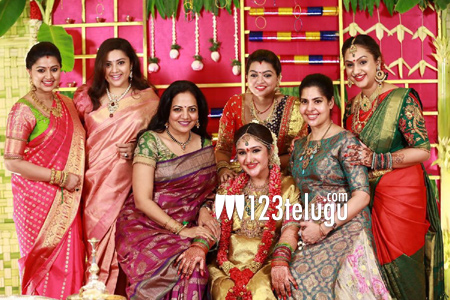 Actress Sridevi, who is the daughter or Vijaykumar and the late Manjula, has appeared in some Telugu films in the past like ‘Veera’, ‘Eshwar’, ‘Pellikani Prasad’ etc. She has largely been concentrating on the Tamil film industry in recent years.

Today, she celebrated her baby shower function in Chennai in a grand manner and number of celebrities and close friends attended the event. Veteran actress Sneha was present at the event and looked after the arrangements of her dear friend’s event.