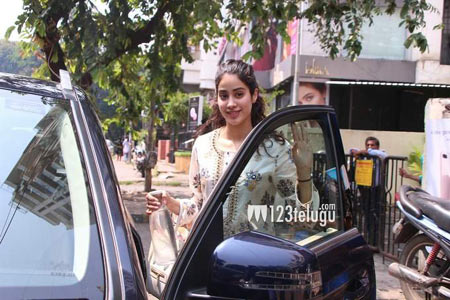 Now that Sai Ali Khan’s daughter, Sara Ali has donned the makeup for her debut film, the focus has shifted towards Sridevi’s daughter Jahnavi Kapoor.

The reports suggest that Sridevi has put Jahnavi’s career on fast track and has ordered her to complete her film courses as soon as possible. Jahnavi is currently going for dance and acting classes and very soon her debut film will also be announced.

It will be very interesting to see which banner Jahnavi will start her career with. The talk is that Karan Johar will also launch the young starlet but an official confirmation is yet to be made.