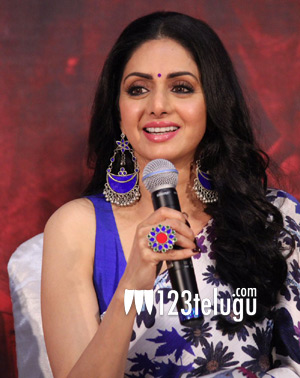 Yesteryear diva Sridevi is making her comeback to acting with the soon to be released emotional thriller, MOM. Yesterday, Sridevi was in Chennai to promote the film.

Speaking on this occasion, Sridevi surprised everyone when she revealed that her elder daughter Jhanvi Kapoor will be seen in a special appearance in MOM. Incidentally​, Jhanvi is all set to make her silver screen debut with a Karan Johar production.

MOM, produced by Sridevi’s husband Boney Kapoor and directed by Ravi Udyawar, is hitting the screens on July 7.