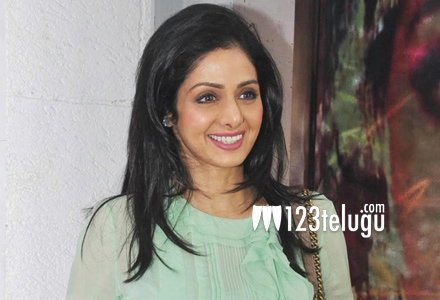 We are quite aware that Rajnikanth has got a humongous fan following in Japan. Now there’s one more star who has gained immense popularity in Japan. The star we are talking about here is none other than evergreen beauty Sridevi. Sridevi is one actress who has fans all over India and age is no factor to deter her fan following. After a long break she has returned to silver screen with her movie English Vinglish which went to become a good hit here. Now the producer of the film Balki has screened it in “Aichi Film Festival” in Japan and it has got a huge response there too.

After the premiere show Sridevi’s popularity has gone sky high in Japan. So the producer has decided to get the movie released in Japan in a big way and has confirmed that after Rajnikanth’s film it is this film from India which is releasing in huge number of screens in Japan.