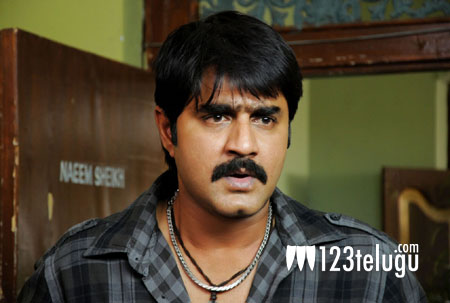 Family hero Srikanth is working for a new film in former journalist Prabhu’s direction. The logo of this film was unveiled today and the title of this film is ‘ Mondodu’.

Director Srinu vytla graced the function and released the title logo of the film. He wished director Prabhu and producer Srinivas Reddy the very best for this project.

The movie’s shoot is progressing in Hyderabad at a good pace.” The story has action and sentiment in good doses and the line is unique”, said director Prabhu.

Srikanth is pinning his hopes on this mass entertainer as his recent projects fared very badly at the Box Office.