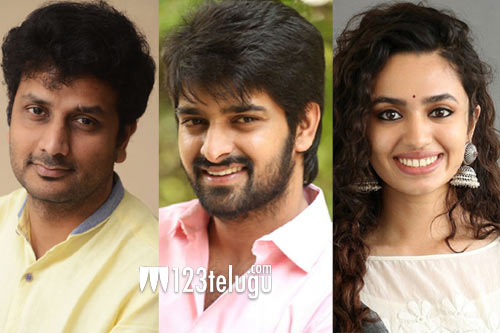 Srinivas Avasarala, who had directed films like Oohalu Gusagusalaade and Jyo Achutananda, is all set to direct his third film. And he has roped in Naga Shaurya once again to play the lead role in the film. Naga Shaurya has played lead roles in both films that were directed by Srinivas Avasarala. Malvika Nair is the lead actress and it’s going to be her second film with Naga Shaurya after Kalyana Vaibhogame.

The film is going to be produced by TG Vishwa Prasad under People Media Factor and Dasari Padmaja under Dasari Productions banner. The shoot is expected to begin from the second week of March. More details about the rest of the cast and crew will be announced soon.

Meanwhile, Naga Shaurya is awaiting the release of Nandini Reddy’s O Baby which has Samantha playing the lead role. Malvika was last seen in Vijay Deverakonda’s Taxiwaala and she got good reviews for her performance.