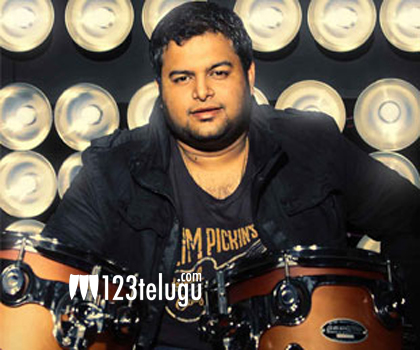 SS Thaman, one of the most sought after music composers down south, is quite busy with films in both Telugu and Tamil. Apart from his filmy assignments, the young musician also finds time for various charity programs through his live concerts. Thaman will again be performing live for a fundraiser on 28th February.

SS Thaman owns a music band Thakkali and tours across south to participate in several social causes along with his band. The Kinnera Art Theaters is organizing this musical concert to raise funds for poor students. Several popular singers will be singing hit numbers from Thaman’s films.

In the past, Thaman’s band also performed at the Hard Rock Cafe and donated 6 lakhs towards the Hud Hud cyclone relief fund.