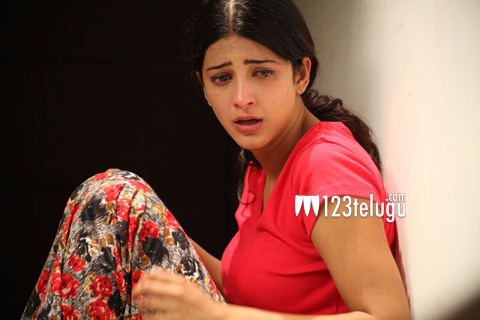 Actress Shruti Haasan suffered a scare today morning in Mumbai. The actress was attacked by a stalker at her apartment. Though details are still sketchy at the moment, this is what seems to have happened.

Apparently, a stalker knocked on the door of Shruti’s apartment in Mumbai. As Shruti opened her door, he tried to barge in and strangulate the actress. Acting on the spur of the moment, Shruti managed to push the attacker away and jammed his hand in the door. The attacker ran away.

The news was posted by Filmfare as well as Jitesh Pillai. “Shruti haasan had a horrible experience this morning when a stalker landed up at her apartment and attacked her.Thankfully @shrutihaasan’s presence of mind was very keen and she managed to fend him off and jam his hand in the door.”, he tweeted.

Shruti is reportedly quite shaken. We are awaiting an official confirmation of the incident but for now, all we can say is this – More strength to you Shruti.