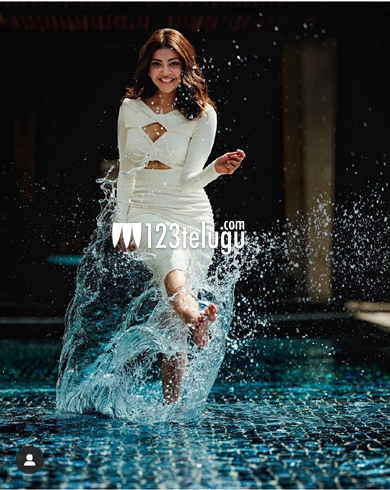 Kajal Aggarwal is leaving no stone unturned to get people talking. Of late, she has become quite active on Instagram and has been sharing numerous pictures from her photoshoots.

Now, the actress has, yet again, set the temperatures soaring in an aqua-theme shoot. Dressed in a white dress, Kajal got into the pool for the photoshoot.

Meanwhile, the actress is all set to start shooting for her Hollywood film soon. Vishnu Manchu is producing the film. On the other hand, her Tamil film, Komali is slated for release in mid August, and in Telugu, she will be seen in Ranarangam. Apart from these films, she is also in talks for quite a few other projects in Telugu. A formal announcement is expected to be made soon.