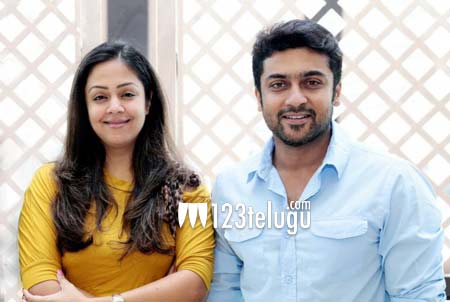 Star Tamil hero Suriya and his actress wife Jyothika were once a super hit on-screen couple and they together acted in several hit films like Kaaka Kaaka, Maayavi and Perazhagan etc. The last film this star couple acted together in was the 2006 film Sillunu Oru Kaadhal.

Now, after 10 years, Suriya and Jyothika are set to return to the silver screen together. Confirming the weeks long speculation, several Tamil media houses today stated that Suriya will be playing a key role in a film which has Jyothika playing the lead character.

Suriya, who was initially rumoured to be playing a special cameo, will now essay an important character. This film will be directed by the national award winning director Bramma. An official announcement will be made in May. Suriya is currently acting in S3, while Jyothika recently made her acting comeback with 36 Vayadhinile.