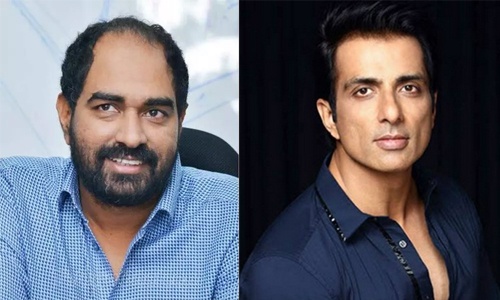 Sonu Sood has become this messiah of the masses during these COVID times. The manner in which he is helping many has won a lot of hearts.

With this sudden rise of fame, Sonu has also become a hot favorite for filmmakers. Now, the crazy update in the film circles is that noted director, Krish is in plans to make a film with Sonu Sood.

The update also reveals that Krish has met Sonu sometime back and also discussed the film. What kind of a film it is going to be and when it will take shape only time will tell.