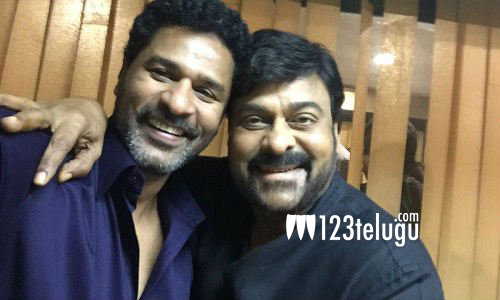 Prabhu Deva became a national icon with his dance moves and choreography. His stature became even more bigger when he started directing films in Bollywood. Now, after a long gap, he is all set to choreograph for a film soon.

Latest update reveals that Prabhu Deva will choreograph a song in mega star Chiranjeevi’s 150th film. Shooting of this film is going on in full swing and some crunch scenes are being shot in and around Hyderabad.

Directed by V V Vinayak, this film has Kajal Aggarwal as the female lead.