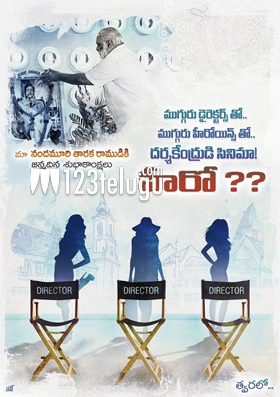 A few days back, director Raghavendra Rao revealed that he will be doing a film where there will be three directors and three heroines. The news was that the film will be in different portions and each one will be directed by a individual director.

Now, the latest gossip reveals that one of those directors is Krish. Though there is no official announcement about this, this news has caught on all over.

Krish has a lot to prove post the debacle of NTR. We need to see what kind of a subject does he chose for this film.

The other cast and directors will be revealed soon.