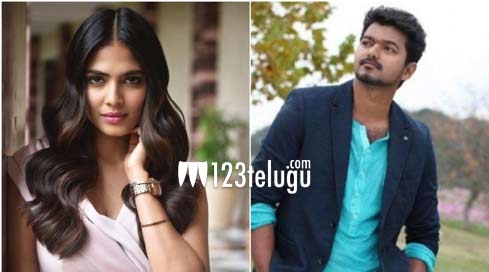 Now, according to the latest buzz in Kollywood circles, Malavika is in talks to play the female lead in Tamil star Thalapathy Vijay’s soon-to-commence action thriller, tentatively titled Thalapathy64. However, these are mere speculations and an official announcement is awaited.

Earlier, Kiara Advani and Rashmika Mandanna were said to be in talks for the part. Lokesh Kanagaraj is the director of this highly-anticipated film and Xavier Britto is going to produce the movie.