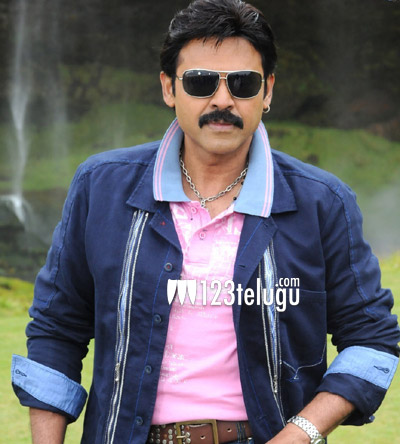 Victory Venkatesh did not have a single release ever since his last film with Power Star Pawan Kalyan hit the screens in January. For his next project, the star hero teamed up with Maruti who is on all time high after the stupendous success of Bhale Bhale Magadivoy.

Earlier it was reported that ‘Radhakrishna’ was fixed as the title of the movie. But latest update reveals that four titles such as ‘Babu Bangaram, Diamond Raja, Raja Rathnam, 24 Carat Bangaramare currently in consideration.

Touted to be a full length comedy entertainer, the movie is produced by Naga Vamsi and will have music composed by latest musical sensation Gibran. Venkatesh is pairing up with gorgeous beauty Nayanatara once again for this flick which will go on the floors soon.