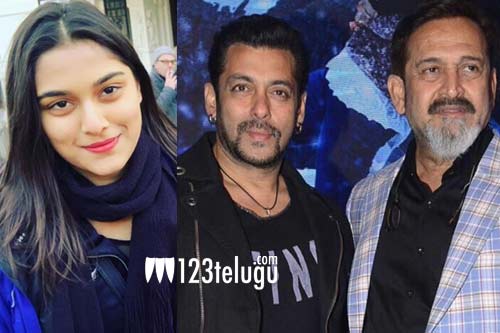 In his illustrious career, Salman Khan has launched several heroines and now he is doing the same thing again.

The news now is that Salman is launching his best friend, Mahesh Manjrekar’s daughter Saiee Manjrekar in his upcoming film Dabangg 3.

The news reveals that Salman had given a word to Mahesh ten years back that he would launch his daughter in Bollywood.

Saiee will be seen as Salman Khan’s love interest in the flashback episodes of the film. Salman recently launched his other close friend Mohnish Behl’s daughter with Notebook.