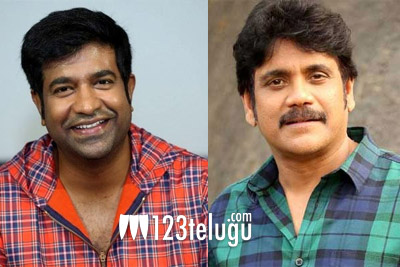 Off late, Vennela Kishore has become a must in every film. His performances are being hugely appreciated and the same is going to happen yet again in his new film Raju Gari Gadhi2.

Speaking about the ace comedian, Akkineni Nagarjuna said that Kishore is a very talented actor as his timing and small improvisations are quite impressive and will surely rock in the film.

Apart from Vennela Kishore, Shakalaka Shankar and Praveen are the other lead comedians in Raju Gari Gadhi2. The film releases on the 12th of October.