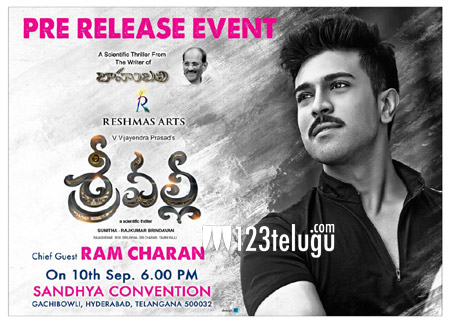 We all know that star writer, Vijendra Prasad is gearing up with his new film Srivalli very soon. Already, the teaser of the film was released recently and created a decent buzz all over.

The latest we hear is that the pre-release event of the film will be held on the 10th of this month in Hyderabad. What’s more interesting is that Ram Charan will be coming in as the chief guest.

Srivalli is produced by Y Rajkumar under Reshmas Art Banner. The film will be released in Tamil, Telugu, and Kannada.