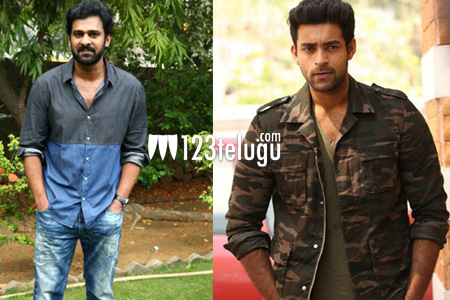 Young Mega hero Varun Tej’s upcoming film Loafer is fast finishing its post-production formalities and is gearing up for a grand audio launch on the 7th of December at Shilpa Kala Vedika. As per the buzz, Young Rebel Star Prabhas will unveil the film’s audio composed by rising music director Sunil Kashyap.

Loafer is directed by Puri Jagannadh, who shares a great rapport with Prabhas ever since he directed him in films like Bujjigadu and Ek Niranjan. Loafer’s teaser, which was unveiled in November, impressed Mega fans as it showcased a massy and rugged Varun Tej for the first time.

Disha Patani will be seen romancing Varun in Loafer. The film is slated for a tentative release on the 18th December.