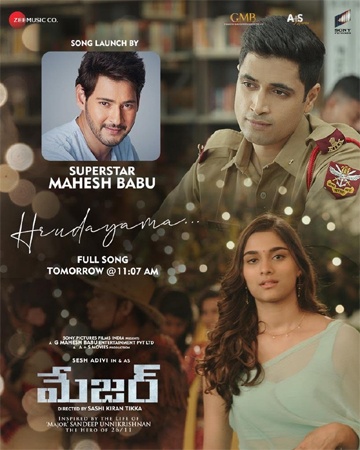 Now, the latest news is that Tollywood Superstar, Mahesh Babu will release the first single from the movie. Besides, Dulquer Salmaan will release the same song’s Malayalam version tomorrow at 11:07 AM.

Sung by the sensational singer Sid Sriram, the romantic song, Hrudayama, is composed by Sricharan Pakala. Alongside, the Malayalam song, Pon Marale, is crooned by Ayraan.

Produced by Sony Pictures Films India in association with Mahesh Babu’s GMB Entertainment and A+S Movies, the movie is the untold story of Major Unnikrishnan, who saved many lives during the terrorist attack on Taj Mahal Palace Mumbai in 2008. 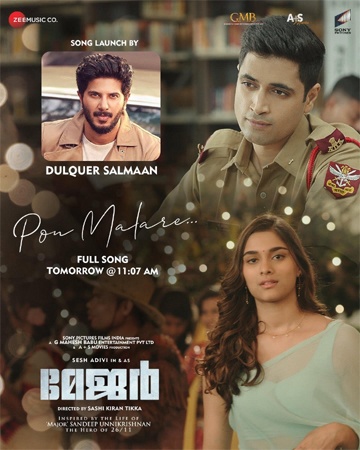