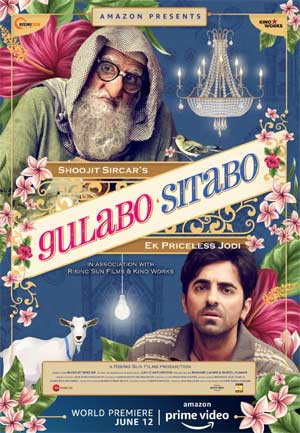 Many producers are making good deals for all their films so that they can skip the theatrical release and air it directly on the OTT platform.

The big film to do so is Ayushman Khurana and Amitabh Bachchan’s later Hindi film Gulabo Sitabo. The film was supposed to release in May but now will come on Amazon Prime on the 12th of June.

The film is being directed by award-winning Shooji Sircar. So, following this, we need to see which film will come online next.