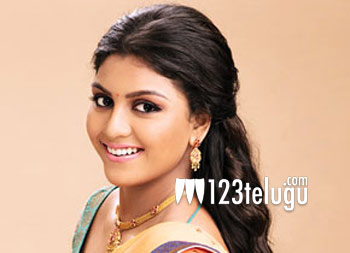 Anjali is a well-known name in Tollywood. Her homely looks, as well as talent, is quite famous all over the two Telugu states. Now, her cousin, Aradhya is also gearing up to enter the big bad world of movies.

Aradhya spoke to the press today and revealed that she has signed a Telugu film and will announce the complete details soon. Aradhya is trained in classical dance and also attended few crash courses in acting.

Meanwhile, her sister Anjali is gearing up for the release of her new film Balloon which will release very soon.