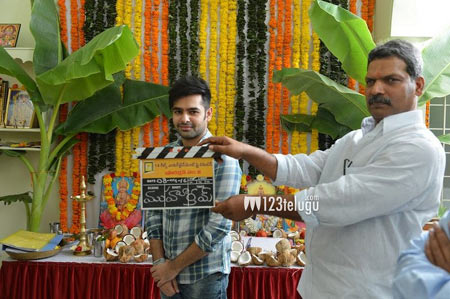 We have already reported that actor Ram will join hands with his Kandireega director Santhosh Srinivas for yet another out and out entertainer. The film will be produced by Ram Achanta, Gopichand Achanta and Anil Sunkara under their 14 Reels Entertainment banner.

Today, the film was launched formally at 14 Reels’ office in the presence of noted producers and directors. While noted producer Shyam Prasad Reddy gave the clap, Ram’s uncle and popular producer Sravanthi Ravi Kishore switched on the camera. Director Harish Shankar directed the first shot, while Hanu Raghavapudi handed over the script to Kandireega Vasu.

The film’s regular shooting will commence from May third week and the makers are planning to release the film as a Dasara treat.