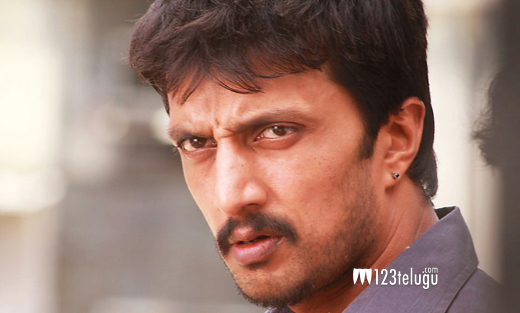 Kannada Star Sudeep impressed everyone with his performance in S.S.Rajamouli’s ‘Eega’. The handsome actor with a deep baritone is now going to be seen in Rajamouli’s ‘Baahubali’. We have learnt that Sudeep will be seen in a small but crucial role in the movie.

‘Baahubali’ is expected to be the most expensive Telugu movie ever made. Young Rebel Star Prabhas and Rana Daggubati will be seen as brothers. Anushka will be seen as the heroine and Ramya Krishna is portraying the role of a ‘Rajamatha’. Arka Media banner is producing this big budget period drama.

This ambitious project is going to have a lot of VFX work and a special team is already in place to handle the load. Music is being scored by M.M.Keeravani and Senthil is handling the cinematography.