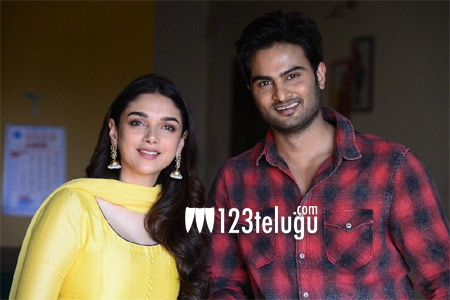 Sudheer Babu, Aditi Rao Hydari’s upcoming film is gearing up for a release in the second half of May, as per the latest buzz in the industry. The film has been titled as ‘Sammohanam’ and it is being directed by Mohan Krishna Indraganti. Sivalenka Krishna Prasad is the producer.

The film is nearing completion and the final schedule will be shot in Mumbai later this summer. Meanwhile, people in the industry who have read the script and saw the shoot are confident that it’s going to be a landmark film in Sudheer Babu’s career. Even the actors too are thrilled to be part of the film which, they say, will cast a spell on the audience like the title suggests.

Vivek Sagar has scored the music, and PG Vinda is the cinematographer.