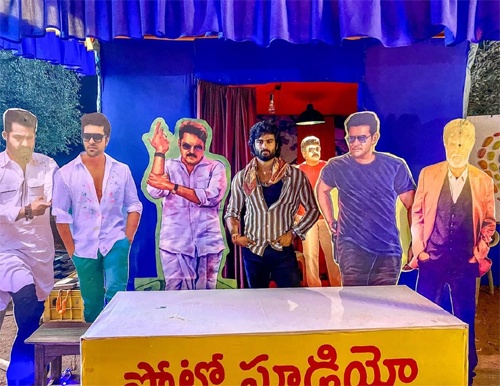 It is a known fact that Sudheer Babu recently signed a film titled Sridevi Soda Centre. The shoot is already in full swing and today, Sudheer Babu posted a snap at the location.

He is seen in his character posing at a photo studio with various stars. This picture looks interesting and gives an idea as to how the film is going to be. The film is being directed by Palasa fame Karuna Kumar and produced jointly by Vijay Chilla and Shashi Devireddy under 70mm Entertainments banner.

Rakshita, popularly known as Aanandhi in Kollywood, is the female lead in Sridevi Soda Centre.