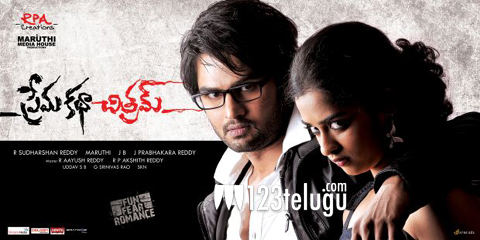 Sudheer Babu’s recent hit film Prema Katha Chitram will be remade in Kannada later this year. Directed by J Prabhakar Reddy, Prema Katha Chitram had Sudheer Babu, Nandita, Giri and Praveen in lead roles and it received superb response at box-office. The film’s outstanding run caught the attention of several producers and its remake rights were sold in Tamil and Hindi. Now, Sreedhar Reddy has bought the remake rights in Kannada and Om Prakash is going to direct the film. Chiranjeevi Sarja and Shanvi Srivastava (Lovely fame) are going to play the lead roles. The film’s shooting will begin shortly and it might hit the screens later this year. The success of Prema Katha Chitram has worked wonders for Sudheer Babu, Nandita’s careers and the film made a killing at box-office. Maruthi had written the story and dialogues and J Prabhakar Reddy had directed it. The film recently completed its 50 days run at box-office and it’s one of the surprise hits of the year.