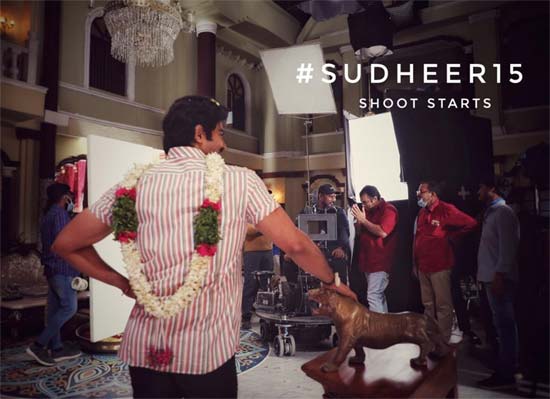 It is already known that actor Sudheer Babu has joined with actor, writer and director Harshavardhan, for his 15th film.

The film, which was officially launched a few days ago, has begun its regular shoot in RFC from today onwards. The team is going to film a few key sequences on the lead cast in the first schedule.

Billed to be an action entertainer with an innovative concept, the untitled movie will feature some noted actors. The rest of the cast details will be revealed soon.