Sudheer ropes in Bollywood actress for BMR promotions
Published on Dec 24, 2015 11:00 am IST 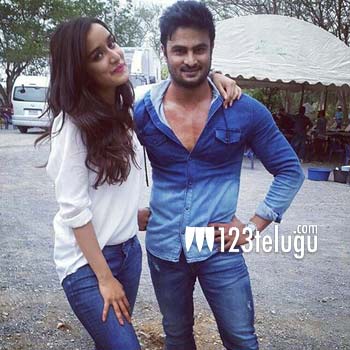 Sudheer Babu’s latest crime comedy, Bhale Manchi Roju, is all set for a grand release tomorrow amid decent buzz. The film’s interesting trailer raised the expectations among fans and film lovers and the film is expected to rake in decent opening collections.

The film’s unit has been promoting the film aggressively, with Young Rebel Star Prabhas himself joining the formalities. To raise the steam even higher, Sudheer Babu has now teamed up with the Bollywood actress Shraddha Kapoor to collaborate on a dubsmash video to promote Bhale Manchi Roju.

It is well known that Sudheer will be making his Bollywood debut with the Tiger Shroff and Shraddha Kapoor-starrer Baaghi.