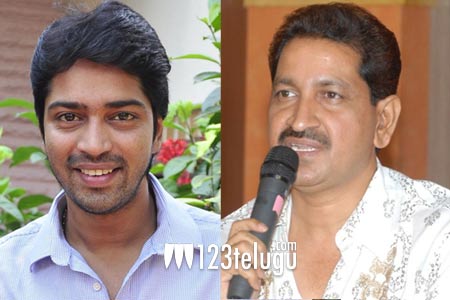 Allari Naresh is on a signing spree these days. After the release of Meda Meedha Abbayi, the actor has already okayed two films and one of them is going to be Bheemineni Srinivasa Rao, as per the latest buzz in the industry.

The two had teamed up for Sudigaadu, which went on to become the biggest hit in Allari Naresh’s career, and their upcoming film is also said to be a full-fledged entertainer. Currently, the film is in pre-production stage and more details about the film are awaited.

Apart from this film, Allari Naresh will also team up with director E Satti Babu for another entertainer.