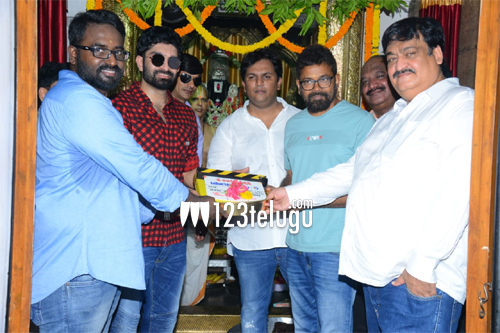 Young hero Havish has signed noted producer Abhishek Nama’s next production venture. Touted as a romantic drama, this as-yet-untitled film had its formal puja ceremony this morning in Hyderabad. Several Tollywood celebs attended the muhurat ceremony to wish the team.

While star director Sukumar sounded the first clap, senior Nizam distributor Sunil Narang handed over the script to the makers of the film and Sadhanand switched on the camera for the first shot. The film will be directed by Raghav Omkar Sasidhar and the regular shooting will commence from July. Chaitan Bharadwaj will compose the music and Sai Sriram will handle the cinematography.