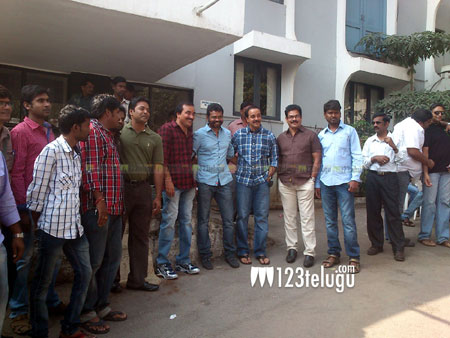 Mahesh Babu’s upcoming film in Sukumar’s direction was launched earlier today in Ramanaidu Studios. This is the first time Mahesh Babu and Sukumar are teaming up for a film. Gopichand, Anil Sunkara and Ram Achanta are producing the film on 14 Reels Entertainment banner. Dil Raju, S S Rajamouli, Devi Sri Prasad were some of the guests present at the movie launch. A new heroine is going to be cast in the film. Devi Sri Prasad is going to compose the music and Ratnavelu is the cinematographer. The film will go on floors either in March or April.