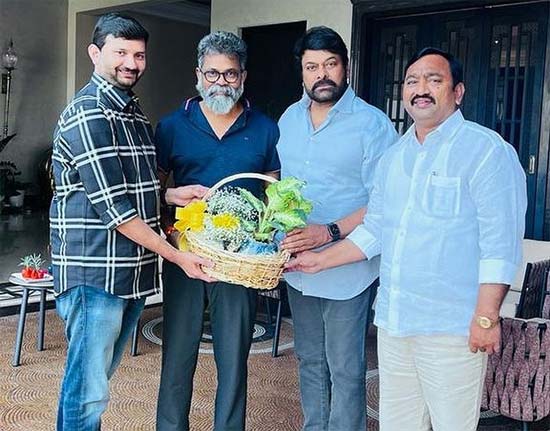 Maverick filmmaker Sukumar is set to direct Megastar Chiranjeevi. He took to social media to confirm the same.

But don’t get your hopes up. Sukumar won’t be directing Chiranjeevi for a feature film but instead, for an ad film.

Sukumar will be directing an ad film for a real estate company. Chiranjeevi will feature in the same. More details in this regard will be out in the days to follow.