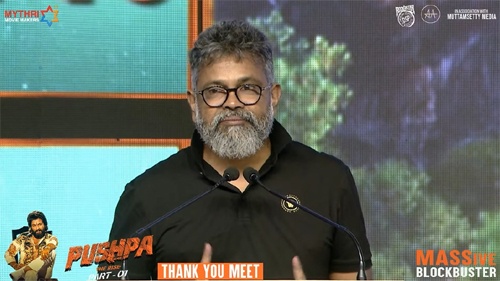 Pushpa became a rage all over the country. Now, all eyes are on the sequel of this film. Sukumar is done with the scripting part as per the news.

The stakes are high for Pushpa 2 as the budget has also increased for the sequel. As per the gossip in the film circles, Sukumar is getting a whopping 40 crores as his fee.

If this news turns out to be true, he will be the second director after Rajamouli who will charge such amounts. Rajamouli charges 100 crores per film.

The word now is that the star director and his team will very soon go for location scouting of Pushpa 2. Allu Arjun will be seen as a don in this part and Rashmika will play his wife.