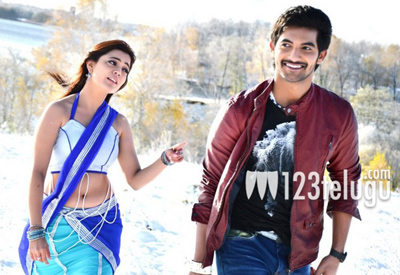 Aadi, Nisha Aggarwal starrer Sukumarudu is in the final stages of shooting. Currently the climax fight sequence is being canned on Aadi and the film’s main villain near Mylavaram. Except for a song and another fight sequence, the rest of the film’s shooting has been wrapped up. Aadi, who’s going to celebrate his birthday on December 23, said, “I was shooting for Prema Kavali couple of years ago on my birthday and last year it was Lovely. Now, I am shooting for Sukumarudu. I think it’s turning out to be a luck factor for me to shoot on my birthday.” The film is being touted as a action comedy with good amount of family sentiment. Krishna and Urvashi Sharada are playing important roles and Bhavana will seen as the second lead actress. Ashok G is directing the film and K Venugopal is producing the film under Sri Soudamini Creations banner. Anup Rubens is composing the music. The film is expected to hit the screens in early 2013