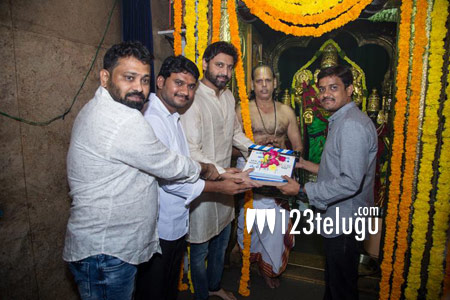 After a year long gap since the release of his 2016 film, Naruda Donoruda, hero Sumanth is gearing up with a romantic entertainer titled Malli Raava. And today, Sumanth launched a new film in a debutant’s direction.

Sumanth’s latest film is said to be a realistic thriller. Anil Srikantam, who had assisted on movies such as Oohalu Gusagusalaade, Jyo Achyuthananda and Pilla Zamindar etc, will be making his directorial debut with this film. Sumanth’s role is said to have negative shades to it. Stay tuned for more updates on the film’s cast and crew.