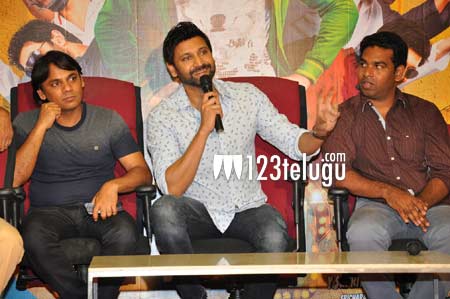 After nearly a 2-year gap, Sumanth is ready with his next movie, Naruda DONORuda. The film is slated to open in cinemas on November 4th. An official remake of the award winning Bollywood comedy drama, Vicky Donor, this film has Pallavi Subhash as the female lead and Tanikella Bharani reprising Annu Kapoor’s role.

In his latest promotional interview, Sumanth revealed the main reason behind his decision to remake Vicky Donor. Sumanth said that his grandfather and legendary thespian Akkineni Nageswara Rao had always asked him to act in different movies like Vicky Donor. It was then Sumanth decided to remake Vicky Donor and suggested the film’s remake to all the directors who had approached him with scripts.

Terming Naruda DONORuda a sensible entertainer, Sumanth expressed his confidence on the film’s success. The film is directed Mallik Ram and co-produced by Sumanth and John Sudheer Pudhota.