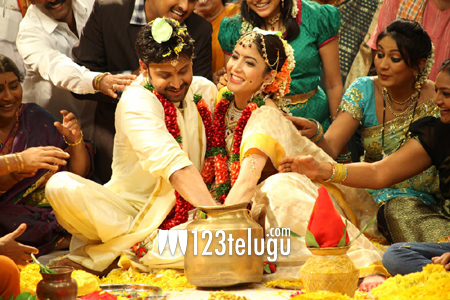 The principal shooting of Sumanth’s upcoming film Emo Gurram Egaravacchu is progressing briskly. Recently, a marathon schedule was wrapped in Bangkok and the final schedule of the film is going to begin from next week. Sumanth is planning to wrap up the entire film’s shooting by the end of the month. Pinky Savika, a Thai actress, is making her debut as a lead actress in Telugu. Chandra Siddhartha is directing the film and Madan is producing the film. S S Kanchi has written the script and M M Keeravani is scoring the music. Sumanth will be sporting a completely different look in this film and he’s quite confident that the film will be a big success in his career. The film is expected to release later this year.