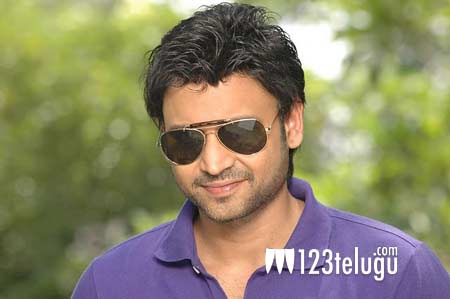 Handsome hero, Sumanth is going all out to promote his latest film Naruda Donaruda. If you closely watch all his statements, he looks super confident and is giving some very bold statements.

Sumanth has given his heart and soul for this film and has been closely involved right from the scripting stages. Also, after seeing the way the film has turned out, he is quite confident that the Telugu audience will surely approve this quirky comedy.

The young hero says that everyone should watch out for Tannikella Bharani’s role which will be one of the highlights of the film. Slated to hit the screens on the 4th of November, this film is the remake of the hit Hindi film Vicky Donor.