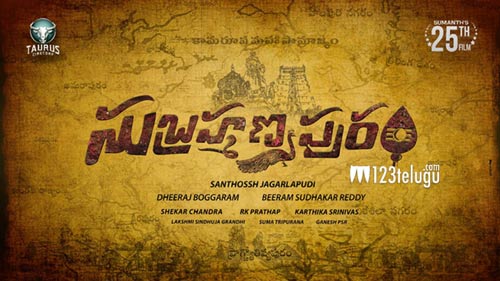 Sometime back, we had revealed that Sumanth’s 25th film will be launched today. As reported, the film was launched on a huge scale in Hyderabad.

Chaitanya Akkineni and Rajasekhar were present at the occasion of the launch. Esha Rebba plays the female lead in this film which has been titled Subramanyapuram.

This film is going to be directed by debutant Santhosh Jagarlapudi. Dheeraj Boggaram and Sudhakar Reddy Beeram will be producing this prestigious project.