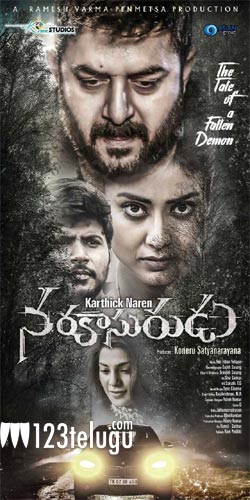 It is a known fact that young hero, Sundeep Kishan acted in a film called Naragasooran which also had Aravind Swamy and Shriya in key roles. The film released a while back in Tamil and earned decent reviews.

Now, the latest we hear is that the same film will be dubbed in Telugu with the title Narakasurudu. The film is being brought to us by Koneru Satyanarayana and will release very soon.

Touted to be another mystery thriller like 18, this film’s pre-release event and release date will be announced soon.