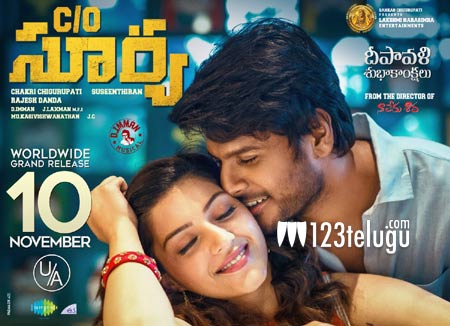 Sundeep Kishan and Mehreen Pirzada-starrer Care Of Surya has begun creating a decent buzz just as the promotional activities started gaining momentum. The film’s fun-filled teaser, which was released around a month ago, was received well.

According to the latest update from the makers, Care Of Surya is going to hit the screens on November 10 with the Tamil version simultaneously. C/O Surya is a straight Telugu-Tamil bilingual, titled Nenjil Thunivirundhal in Tamil. Suseenthiran is the film’s director and Chakri Chigurupati, who had produced Nikhil’s Swamy Ra Ra, is releasing the movie in Telugu.